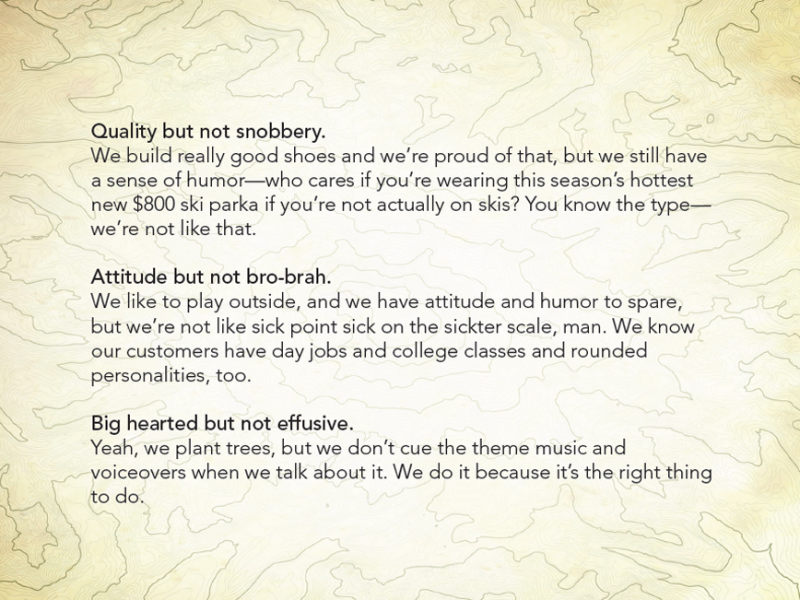 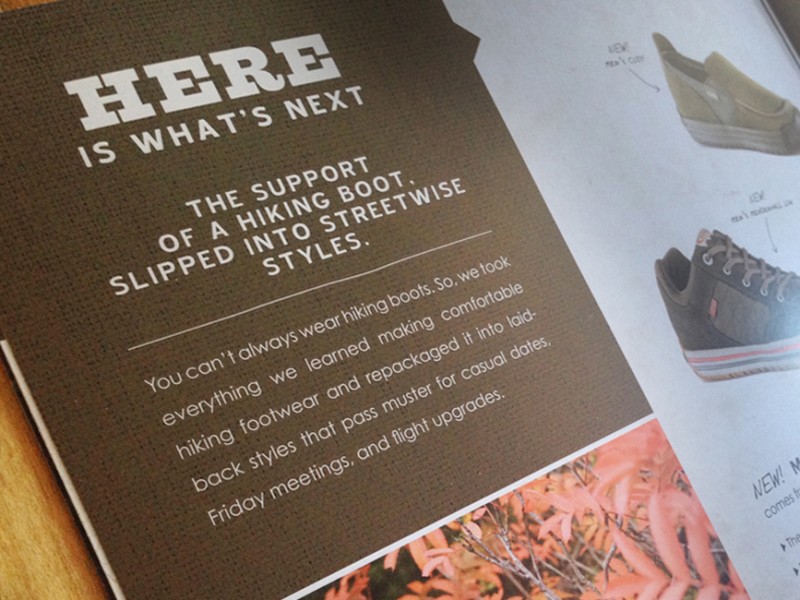 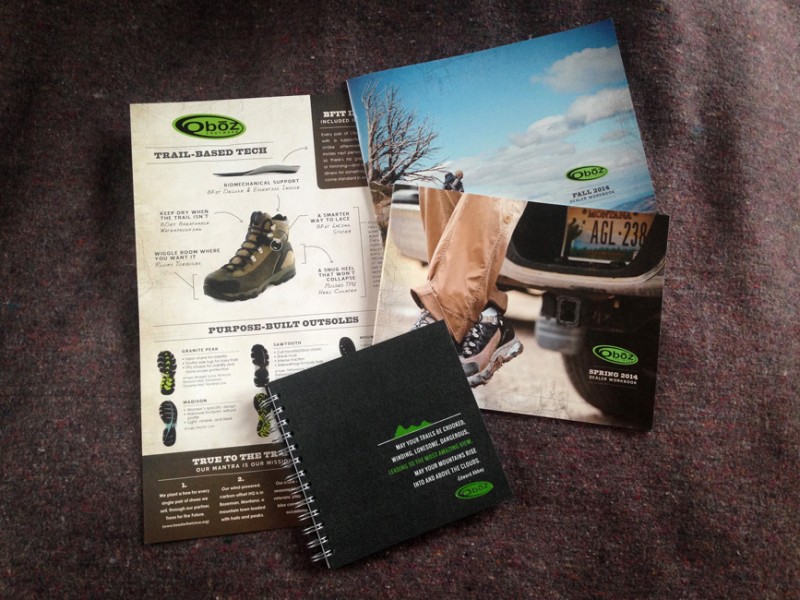 Oboz Footwear were rebels to the core, with a healthy aversion to market-y bullshit. They had a logo, an oral history, a slew of admirers, a website wracked with bugs, and little else in the way of marketing materials (besides beer koozies, of course.)

I dropped all pretense when it came to Oboz brand, directing and writing approachable, honest Dealer Workbooks to educate their reps and retailers. Then, I organized a new website to educate everyone else, all in a voice that was a mashup of their staff’s: kind, down-to-earth and good-naturedly smartass. (Note: client has refreshed some copy on current website, so it goes.)

Armed with fresh workbooks, reps felt they had a powerful tool for bringing dealers up to speed on Oboz’ brand and tech, while the general public poured into Oboz’s new site. In the site’s first four months, sessions increased 40%, and both users and page views increased 35%, relying almost entirely on organic traffic.

I played creative director, defining the brand and copywriting the workbooks (and several similar projects) with Megan Eubank of Eubank Creative on design. For the website, I wrote user personas, mapped user behavior, outlined the site’s content, and wrote the majority of the site’s content, collaborating with Digital Wax Works, who designed, programmed, and coded the site. Most the product descriptions were written in-house by Oboz’s own closet-copywriter, Dave Dolph.

Full disclosure: I freelanced to Oboz, worked there as an employee briefly, and then contracted to them again when it turned out I’m horrible at having real jobs. Now you know. 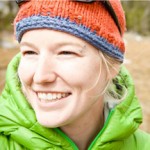 “Kira helped us recognize the company’s voice and message…and did so with a level of professionalism and personality second to none. I was impressed by how well she was able to synthesize the input from a number of different voices from our team and present us with a creative and accurate brand portrait… something we had been struggling to do for several years.”